I’ve just come across another great video from Jason Zander at the UK Tech Days event in Reading. This time it’s about mobile applications and the Azure platform.

I’ve been following the Microsoft cloud service offerings for a couple of years since the Microsoft Architect Insight Conference 2008. What started as SQL Server Data Services and the nascent BizTalk Services, has now grown into an offering that in my opinion does not just complete with Amazon and Google cloud services, but far exceeds the capabilities of their model.

Here’s a screenshot of a really simple ASP.NET page that I’m going to run in the local Azure test harness. You need to make sure it’s running as Administrator, or you can’t launch the Azure Simulation Environment. Shortly followed by the web application as if it were running in the cloud:

In the video, Jason builds a quick application connecting some .NET entity classes to a SQL Azure instance and shows how quickly a simple web service can be deployed to the cloud.

You also get to see the developer tools for Visual Studio 2010 and Azure, including local simulations of the App Fabric and Dev Fabric infrastructure of Azure. In other words, you can test your Azure apps by running them on your local machine without needing to actually deploy them.

Instead of deploying an ASP.NET Web Application like I did above, Jason shows you the newly released Visual Studio Express and he walks through the steps to build a Silverlight mobile application to consume the service he just deployed on Azure.

The key takeaway here is just how easy it is to build and consume cloud services and applications across a broad spectrum of platforms. Follow this link for more information about Microsoft Azure, or give us a call a JFDI Phoenix in the UK.

Since managed code made its appearance about a decade ago, I’ve not touched MFC or C++. For business applications or just for applications that look great, writing code in MFC/C++ seemed to be doing things the hard way. A few weeks ago at a TechDays event, I got the chance to see that the unmanaged code world hasn’t been standing still either.

We’ve had Windows Presentation Foundation and Silverlight for a few iterations now. Windows 7 comes with even more of these APIs as standard, which you can use to give your applications the distinctive Windows 7 look and feel.

Whilst managed languages in .NET have had excellent support for developing shiny applications for a while (Paint.NET is a great example of this, go ahead and download the Paint.NET source code!), unmanaged C++ and MFC has lagged behind in the tools department for too long.

If you’re a C#, WPF or Silverlight developer, then you’ll be anxiously awaiting the WPF 4.0 Windows 7 and Office Ribbon Control, which is not yet released. Scott Guthrie as a long-standing article on the out-of-band WPF 4.0 controls package.

At a Microsoft TechDays UK event at Reading last month, Jason Zander the Visual Studio 2010 general manager, went through many of the new features in the platform.

In the video below, Jason walks through the steps to upgrade an old MFC application, with a distinctly 1990’s feel, to use the up-to-date look and feel of Windows 7.

There’s a lot of copy and paste of MFC and C++ code in this video. Looking at all the steps MFC and C++ guys have to go through, I’m quite happy my C++ days are over. Even though there’s a lot more help for C++ in the IDE these days, it’s still seems a very pedestrian way of cutting code. At least you’ve got Ctrl-Comma to launch Intellisense in the IDE. One feature missing that was removed in the 2008 release of Visual Studio was the MFC class wizard, so you can’t say they don’t listen!

Jason also shows how you can access some of the animation subsytem in unmanaged code. This is so much easier in WPF and C#.

The nice people at VivaMind have build this splendid WPF sample to show the tree of WPF documentation samples available on MSDN.

#spthingaday 026 - SharePoint Server. Service Applications and MinRoles. #SharePoint, #Administration, #Architecture.. In a single server Farm, you might decide to have everything running on that one server.

On a multi-server Farm, services can be started or stopped on particular servers in your Farm to support scale out.

From SharePoint 2016 onwards, you can define MinRoles.
That's the smallest set of services that you require to be switched on for a tier of servers.
A MinRole can then be allocated to specific servers.
SharePoint now takes care of making sure the right services are started.

To load balance Services without MinRoles, you just start an instance of your Service on a new Server.

However, with MinRoles, you just need to associate your MinRole with the server.
SharePoint will then start and load balance the requisite Services without any further work on your part.

Take the migration as an opportunity to change and adapt your information architecture to make the best use of what SharePoint Online and Office 365 can offer.

While you're at it consider breaking up your sub-site structure, and migrating them into Modern Team Site Collections in anticipation of the forthcoming Hub Site in SharePoint Online.

There's nothing built into SharePoint Server or SharePoint Online to do a full migration for you.

Here are some of the free options.

The lowest common denominator way is to use PowerShell scripting and two mapped drives - one to the source, and one to the target. This will only copy files, and only the current version. You will lose metadata during the copy.

If you need both Lists and Libraries, with versions and metadata, you can use the Export-SPWeb and New-SPMigrationPackage cmdlets. This uploads your content to an Azure Storage account as a temporary location, so that SharePoint Online can suck it in. (http://1jj.uk/spmigpkg)

Another option is the SharePoint Migration Tool only. Today, it only handles files and Document Libraries, but supports metadata and version history. There's also an option to use Azure Storage to speed things up. (http://1jj.uk/spmigtool)

For Content Types, Site Columns and structure, you can use the PnP PowerShell libraries from the Patterns and Practices group. Use this in conjunction with another method to migrate the List and Library content itself. (http://1jj.uk/pnppowershell) 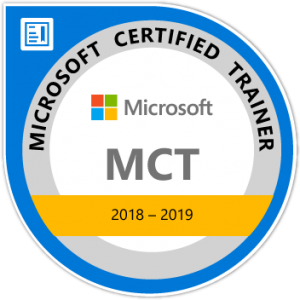 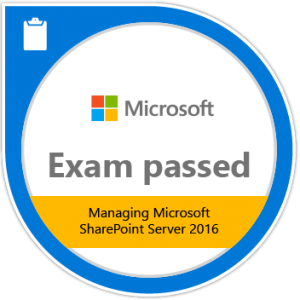